The Confusion of Norse Mythology

Am I the only one who seems to be confused by Norse Mythology?  After reading hour after hour of it, I have come to the conclusion that the people of the Northern Germanic countries, during the Early Middle Ages, must have been tripping on some pretty good stuff to come up with such a bizarre history for their gods, such as Rainbow bridges and interplanetary squirrels. Although I do have to give them credit for thinking outside the box, during this time not many ancient peoples would have come up with the concept of nine entirely different worlds and a frozen hell inside a frozen hell.


Ásgarðr, world of the Æsir. This is the home of the gods such as Odin and Thor, it seems they didn’t get along well with others, even the other gods that lived on Vanaheimr had it in for them.  Valhalla is Odin’s hall and the home of the souls of the greatest warriors, which reminds me of the movie Erik the Viking, because of its comical take on Valhalla.

Vanaheimr, world of the Vanir. This is the home of Freyr and Freyja, it is also speculated that  Heimdallr was also a member of the Vanir, which kind of throws a wrench in the cogs of the movie Thor and makes me wonder if he wasn’t a mole of some sort. 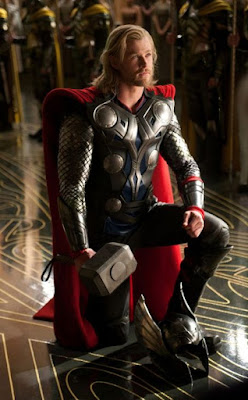 Álfheimr, world of the Álfar (Elves). And who dosen’t like magical elves...although the Norse divided this race into two, Light elves and Dark elves, most of us like to think of them in terms of Tolkien’s elves and Santa’s elves. 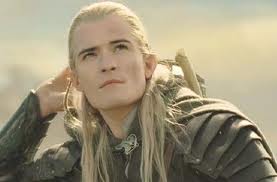 I couldn’t help but think of this elf in particular.

Miðgarðr, world of humans. This is where we humans live, it is also known as Earth.  So, one day the gods, Odin, Vili, and Ve were skipping through the forest and found a couple of tree trunks, as a joke Odin gives them life, Vili gives them a tool to make bad decisions (a mind), and Ve gives them the ability to fully enjoy a rock concert and tell all their friends the next day (hear, see and speak).  That is how humans were made.

Jötunheimr, world of the Jötnar (Giants).  The Frost giants are a product of Ymir and the icy cow Audhumla.  Yep, that’s right I said cow....it kind of makes me wonder the true story behind this tale.  Whatever it might be, I’m sure it involved lots of alcohol and a drunken bet.

Niðavellir, world of the Dvergar (Dwarfs). There seems to be some differing opinions about the creation of the Dvergar, some say they are god eating maggots that were gifted with reason and others say they are products of humans.  Either way you can’t help but love these short little mountain dwellers, if not for them who would have taken care of Snow White in her time of need or entertained us with comical retorts in LOTR.

Múspell, world of fire and the Fire Jötnar it is also known as Múspellsheimr .  The sons of Muspell are prophesized to be the breakers of Bifrost bridge.  There is not a lot of information on this place, most likely because it would have been a true stretch of the imagination for the people of Northern Europe, to envision such a warm place.

Niflhel, world of ice and mist, into which the wicked dead are cast also known as Niflheimr.  It is not surprising that in the world of the Norse, their Hell is a frozen one.

Hel, world of the inglorious dead, located within Niflhel/Niflheimr and ruled over by the giantess Hel.  Ironically, Hel the being is also the daughter of Loki the trickster and to “go to Hel” is to die.  This is a frozen underworld where Hel receives a portion of dead.  Because one frozen hell is not enough, so the Norse created a second, colder one inside of it.


Okay this is where it all gets wonky.  These worlds are all joined together by Yggdrasil “Worlds Tree” which is inhabited by the squirrel Ratatoskr and makes me wonder why Asgard bothered building Bifrost the rainbow bridge, when they could have just scampered down to Miogaror with the squirrel?
So what is your take on Norse Mythology?  I like to look at the comical side of it, like my short story "Loki's Wife".  I would love to hear from you so please leave a comment.
C.G. Powell
Author of Spell Checked: Book One of The No Uncertain Logic Series
Follow me!     Facebook | Website | Twitter | Goodreads
Buy my book    Amazon | Barns & Noble | Smashwords
Posted by C.G. Powell at 1:57 PM