Guest Post by Olivia Hardin- What Aztecs could learn from Monkees

Most of us connect the ancient Aztecs with human sacrifices, but the Aztecs also had a very clever means of keeping up with their deities’ demand for blood.  Somewhere along the way an Aztec ruler came up with the idea of a war strictly for that purpose.  The point wasn’t to kill, but to stun the enemy so that you could proudly march him back to your home state for sacrifice.  Two rulers would agree to appear with their best warriors on a chosen field of battle at a chosen time to engage in a “Flowery War.” 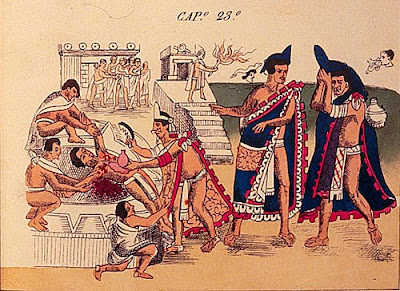 I mean what a great scheme, politically speaking!  The stronger Aztec state could use the war as both a means of subjugating its neighbors and also a very effective way to keep its own warrior class tough and practiced, all while satiating the gods demands for blood.  If you’ve got to feed the gods anyway, why not conjure a way to get something more in return? C’mon, let’s share the love…er, blood.
Can you imagine being one of those warriors?  I mean you’re not putting your life on the line to protect your country from an attack or to avenge some slight against your people.  Your job is to bring back captives for sacrifice to your gods and to risk the prospect that you might become a sacrifice to some other guy’s gods.  At the end of the day the rulers would get together, exchange totals, slap each other on the back for a job well done then attend to sacrificing the other’s strongest and best men.
Now let’s digress a moment.  There’s this crazy obscure song by the Monkees called “Zor and Zam”.  I always thought it was a pretty dumb song until I gave it some thought.   Basically the song tells the story of how the King of Zor sends a message to the King of Zam and says, “Hey, let’s have a war.”  King Zam agrees but when the appointed time arrives… two little kings, playing a game, they gave a war and nobody came. 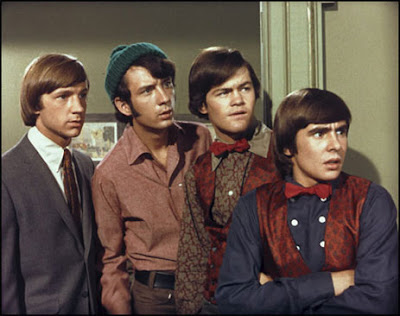 Now why the heck didn’t the everyday Aztec warrior think of this?  It’s because to an Aztec, being sacrificed on the alter was an honor, a privilege, the most “flowery” sorts of death a warrior could be lucky enough to receive.   You get to go out forever revered as a hero while you’re still in your prime.  I mean, what’s worse than becoming an old has-been Aztec warrior, right?
About me:
Olivia Hardin is a girl and a writer of anything that catches her fancy.  Her first book, Witch Way Bends, a paranormal romance, should be published by the end of this month.
Blog Site:
http://oliviahardinwriter.wordpress.com/
Facebook Fan Page: http://www.facebook.com/pages/Olivia-Hardin/312337365448880#!/pages/Olivia-Hardin/312337365448880
Follow me on Twitter @oliviaH_writer
Posted by C.G. Powell at 2:33 PM