After many years of avoiding what was sure to be a very unpleasant experience, I finally decided to get a mammogram.  Honestly if not for the phone calls from my primary care physician and the insurance company’s constant hounding to get it done, I may not have gotten one, which is not one of my wiser choices.


5 Dec 2011- Round One
The snow was just starting to fall as I pulled into the parking lot at Fauquier Hospital, after making my way through the slowest moving automatic revolving doors known to man, I walked over to the front desk and was greeted promptly.
The sound of their volunteer operated baby grand played in the back ground while the nice woman behind the desk asked for my information.  After signing a few papers, she promptly tagged me with a lovely hospital bracelet, I guess that’s so they can find you if you escape, and pointed me to the imaging waiting room.
Again I am greeted with a smile, this time by the imaging receptionist.  She checks my paperwork over, types a couple of things on her computer, then tells me to have a seat in the waiting room.  Settling in for what is sure to be a very long wait, I open my iPad case and look for a Wi-Fi connection.  A smile crosses my face when I realize the hospital has free Guest Wi-Fi, because who really wants to be stuck in a hospital waiting room with no internet?  By the time I make my first Facebook comment, the imaging nurse is at the door calling my name...Gees, that was fast, I guess they don’t want to give you time to think about things and escape.
Okay this one is smiling too and I’m starting to feel like I’m in a bad remake of Stepford Wives.  Leery from the all-around giddiness of this place, I quickly change into the lovely cape they have provided me with, which covers very little and get be escorted by the nurse to the torture room (location of the Mammography equipment).  Thankfully I’m not very modest about my boobs, most likely from years of attending Mardi Gras, so our little jaunt across the hospital half-dressed really didn’t faze me. 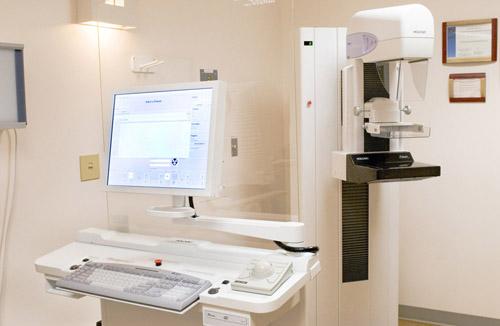 And for you ladies that don't like to do breast exams, here is a little video that might help:

The moral to this story....Don’t wait to get your mammogram, Aliens only come back for tracking devices, so they don’t get caught. They don’t care if you have cancer, so you need to stay on top of that yourself.