The Love's of Leopold Singer by L.K. Rigel 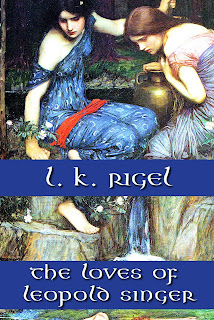 Leopold Singer is any woman's perfect match - handsome, brilliant, and rich. Lady Delia Devilliers wants him for his fortune, but his heart is torn between Susan Gray and Marta Schonreden.

When Leopold and Marta visit London on their way to Massachusetts, Delia is consumed by jealousy. She puts Marta in the path of known rake Sir Carey Asher, but it's Susan who has the power to destroy everyone's happiness. One night in London leaves wounds more devastating than a venomous bite. Marta and Susan are each trapped in her own emotional hell, and each must find her own way back to happiness.
This multi-generational family saga spans the late Georgian through Regency periods, 1776 to 1832, from Austria to Massachusetts and London to Jamaica. 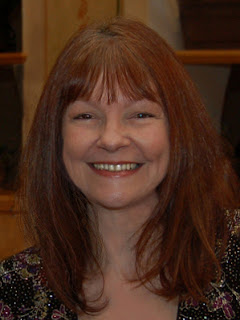 My Review:
At first I was reluctant to read a book of this size...I know how my ADD mind works, I lose interest quickly.  It’s not uncommon for me to put a book down and never pick it up again, not because it is awful, but more likely because it just can’t keep my mind engaged. That was not a problem with this book.
The Loves of Leopold Singer is a fantastically written historical romance.  The book is cut up into a bunch of mini stories that come full circle in the end.  It takes a look at the many loves of Leopold Singer and how he affected their lives.  It also delves into the sordidness of bastardism and how it molded the lives of so many during that era.
As I got to the end, I was beginning to wonder if there was any way to connect the dots of the lives of so many.   But, as the characters began to give up their secrets, it showed how intertwined their live really were without even knowing.  I love this book and truly believe that L.K. Rigel out did herself on this one.  It was very well written and the characters are memorable....all 20 of them...LOL
Posted by C.G. Powell at 9:55 AM