Who is Adonis and Why is He Referred To So Frequently?

So, I decided to write a story for an upcoming anthology called “Cupid Painted Blind” and my story is based on characters from Greek Mythology.  One item seemed to strike me as odd during my research.  Of all the gods, why is it that Adonis managed to make his way into so many books?


When you look at the major players in Greek Mythology, Adonis doesn’t even make it to the list and yet, he is still referred to with a frequency unmatched.  But what are we really trying to say as a comparative?  Modern society has already deemed that the reference is defined as:  being handsome beyond mortal possibility.  I on the other hand feel that the real Adonis was more beautiful than handsome and to compare a man’s looks to him, would be like comparing Jenifer Lopez’s feminine beauty to Jillian Michaels more masculine appearance.  Not to say that both are not beautiful in their own way.  Just that one of them has big hands and an adams apple...
(photo removed)
So, here’s how the story goes...Aphrodite fell in love with Adonis, but it was said to be at the tip of Eros’ (Cupid) arrow.  As pictured below, even Cupid seems a bit shocked by the hookup as noted by the WTF look on his face. 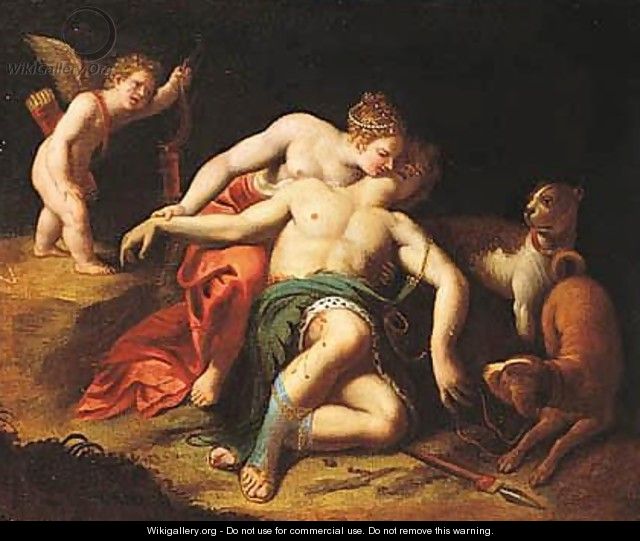 If Adonis was so handsome, would Aphrodite even need Eros’ help?   Really, it’s not like Aphrodite had a problem with extra-marital flings.   She and Ares were lovers long after she and Hephaestus married.  But, I can see why she would mess around with Ares.  He is a manly man to say the least.
(photo removed)
From now on, I think I will refer to extremely handsome, manly men as Ares like and not like Adonis.  It makes more sense that way.
Do you have any thoughts about Adonis?   Who would you swoon over, the god of war or the god of beauty and desire?  Yeah...I’m defiantly team Ares!!!  Please leave me a commment.
And if you haven't entered yet, please check out my Cozy Up With a Book Blog Hop post.  I'm giving away a signed copy of Spell Checked.
C.G. Powell
Author of Spell Checked: Book One of The No Uncertain Logic Series
Follow me!  Facebook | Website | Twitter | Goodreads
Buy my book  Amazon | Barns & Noble | Smashwords
Posted by C.G. Powell at 4:42 PM